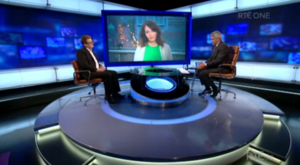 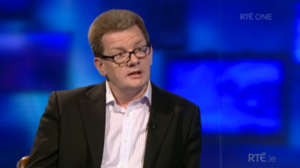 On RTÉ’s Prime Time, presenter David McCullagh spoke to Gerry Edwards, of Termination for Medical Reasons Ireland, and Tracy Harkin, of Every Life Counts, about the UN’s criticism of Ireland’s abortion laws.

Tracy Harkin: “I think, myself, as a mother, who has a daughter who has been diagnosed with a life-limiting disability, I find this report from the United Nations disturbing for a number of reasons. Firstly, I suppose what’s deeply distressing for many parents involved in our support network, and other charities that work with families that have lost babies to these conditions is the language the United Nations has chosen to use.”

“Terms like ‘fatal foetal abnormality’, ‘incompatible with life’, they’re such harsh sounding, dehumanising terms. And I think for parents like myself and for the many parents throughout Ireland who have lost their little ones to these conditions, that’s not how they see their children at all.”

“Their experiences have not been heard by in this report which is deeply disturbing; parents have been speaking out, for example, in our organisation, Every Life Counts, for the last few years, calling for better support and services to be rolled out in maternity hospitals throughout Ireland to help them make the most of the time to parent their child, to love their child, to hug their child, to, you know, smell their child as any mother wants to.”

“And this is so important, such an important pathway to healing for these mothers and I think it’s alarming that the only option, or solution that the United Nations is fixated on is abortion. You know, these are children, human beings with severe disabilities and there’s not an agreed list, neither will be, and I think for us parents, for myself, before I had my little daughter Kathleen Rose, who’s now 9 years of age, you know she’s such a wonderful little character, she’s brought such joy to my life. Many of our parents didn’t have that time with their little ones and maybe only had minutes or days but they all said that that time was so important to healing. And there’s more and more research coming out to show that, in contrast, abortion increases despair and depression among mothers because they don’t have that closure.”

David McCullagh: “Tracy Harkin, sorry to cut across you, you talk about having services available to allow parents to spend time with their children, however short that time unfortunately may be. And I don’t think anybody’s suggesting that people shouldn’t be able to make that choice. But simply that others, who feel differently, shouldn’t be deprived of their choice, for what is best for their family.”

Harkin: “Well, I think the main thing here is accurate information and I think what’s missing from this whole conversation is also to look at what’s happened in other countries. What has the impact been of legislation in other countries. You look at the UK for example, over 90% of children with any disability whatsoever are aborted right up to birth. I mean most of us have their children with Down syndrome, Spina Bifida, in our communities, we love them, we fundraise for them. There’s a chilling effect to legislation here which the United Nations has chosen to ignore, time and time again. And it’s also important to mention that this case was brought forward by the Centre for Reproductive Rights which are a large, wealthy organisation with many millions at their disposal and their only focus, worldwide, is to promote abortion…”

Gerry Edwards: “I think it’s very important, again in the interest of language, that we are quite clear that there is a difference between disabilities and life-limiting conditions and fatal foetal anomalies which are conditions which are not capable of sustaining independent life outside the womb.”

“Our son had a condition called severe anencephaly. Most of his skull was missing and his brain was missing. He could not sustain independent life, there was no question whatsoever of him surviving for any length of time. And that was confirmed to us by five different medical professionals in three hospitals in two jurisdictions.”

“My wife would have been forced to continue with that pregnancy for five more months in this country, not able to bear the social contact with other people, working with the people that she worked with, being stopped by people on the streets, in the full knowledge that our son would not die, or would not live, I beg your pardon. And this was the situation which was absolute torture for us and we made a decision which was in our best interest and in the best interest of our family.”

“Our family members would have gotten to meet him, we would have had the dignity of having a funeral and a community to stand with us and support us in our loss. Instead we got a jiffy envelope, delivered by a courier a couple of weeks later. That’s unacceptable.”

Edwards: “It’s the responsibility of our legislators to legislate. They also have an obligation to uphold international human rights law. This isn’t imposed upon Ireland. This is something that Ireland signed up to. There was a discussion earlier on in the programme about upholding the law and Ireland is one of those countries that has pledged to uphold international human rights law and we’ll find out very soon whether our Government is going to honour that commitment it made and actually take steps to change our legal environment soon.” 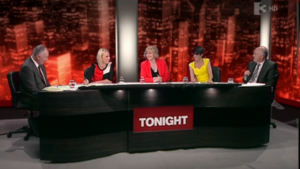 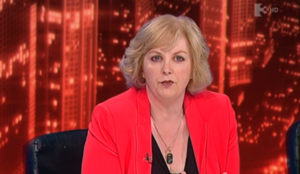 During the newspaper review, the panel – Senator Lynn Ruane, Breda O’Brien, of the Iona Institute; Sinéad O’Carroll, of The Journal.ie and Ger Colleran,former editor of the Irish Daily Star – also discussed the UN’s criticism.

Mick Clifford: “Breda, ‘Cabinet to defy UN on abortion reforms’ [the main headline on today’s Irish Examiner]. This is not going to go away and some people would say all roads to a referendum one way or the other.”

Breda O’Brien: “Well I’m absolutely delighted if that’s an accurate headline in the Irish Examiner because this committee is part of a huge push that there is to kind of, in a sense, the UN treaty say ‘do not give any right to abortion’ but these committees have been pushing this agenda for years. And they’re stuffed with people who share a point of view which is that the baby in the womb does not have equal rights with the mother. And of course they’re going to find that something is cruel and inhumane and degrading, but I had the privilege of accompanying a friend of mine when she had a baby with a life-limiting condition and..”

Clifford: “But there’s stories like that but there’s also the other side…”

Ger Colleran: “It’s the condition, not the child…”

O’Brien: “But that’s what, people have actually said in the media, they’ve said things like, ‘the fatal foetal abnormality’ as if that were, it’s a child who has a life-limiting condition…”

Clifford: “Breda, do you believe there’ll be a referendum?”

O’Brien: “I hope that there will be good sense and that people will see that this is a matter of equal rights and that they should leave it as it is.”

Lynne Ruane: “There will be.”

Clifford: “Ok, well, we’re going to have to leave it for that because that’s it now, we’ve run out of time..”

‘Frowning Looks and Lots Of Finger-Wagging’