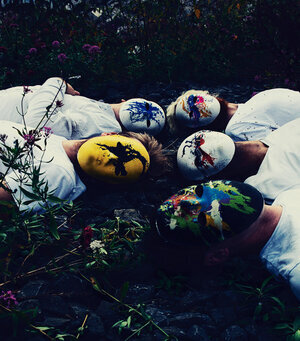 Meltybrains? – rearranging the national anthem as part of Rising Against Homelessness

02. The masked marauders’ journey has taken them around the world and back, including appearances at SXSW and Electric Picnic. Following 2013 EP, Attention! Now That We Have Your Attention, the band turned heads with last year’s Donegal/IV double a-side. Naturally, the next step was a mad tropical tune (and accompanying dance!) called The Vine, which has broken out en masse at subsequent live outings.

03. Streaming above is the band’s take on Amhrán na BhFiann, recorded for the Rising Against Homelessness fundraiser compilation. A bold move to say the very least, the band builds a longform, experimental piece around the anthem’s lyrics. CD available at (evil-empire record shops) and (corporate coffee) around the country.

Verdict: One of the country’s most forward-thinking and fearless outfits. Capable equally of breathtaking sonics and moments of unbridled derangement.