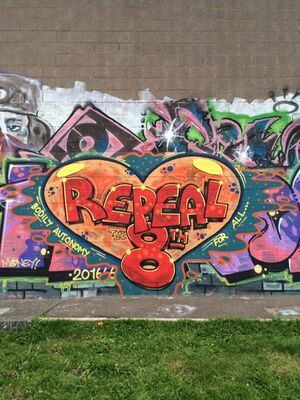 One of me best mates [Dara Kenny] painted this down in Arklow. Legal wall, no permission needed. #repealthe8th

63 thoughts on “Meanwhile, In Arklow”