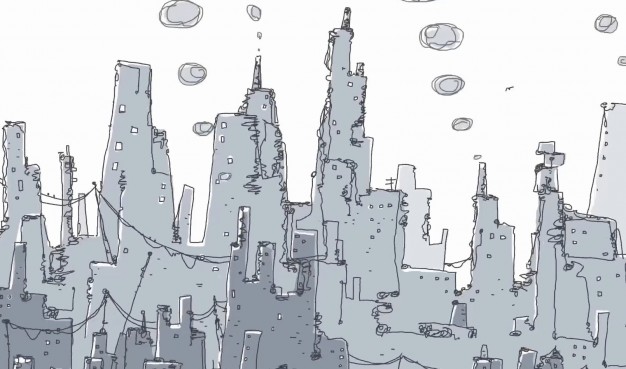 The idea was to depict an environmental issue. Inspired by that idea we chose to show the destruction of caused by natural forces on earth. The piece shows the inter relation between the city and the holder of the city.