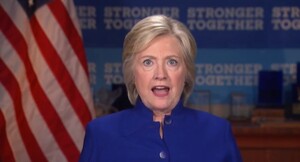 Why isn’t she 50 points ahead?

Hillary Clinton Awkwardly Shouts Her Way Through Speech: ‘Why Aren’t I 50 Points Ahead?!’ (Mediaite)