Hillary Clinton’s campaign, its lawyer and a tech executive took part in a “joint venture” to gather and spread dirt about Donald Trump during the 2016 presidential campaign, Special Counsel John Durham charges in a new filing.

The bombshell claim was made in a 48-page motion filed late Monday arguing for the admission of additional evidence ahead of Clinton campaign lawyer Michael Sussmann’s pending trial for allegedly lying to the FBI.

At the heart of the case is a Sept. 18, 2016 text message Sussmann sent to then-FBI General Counsel James Baker, which was reproduced in Monday’s filing.

“​Jim – it’s Michael Sussmann. I have something time-sensitive (and sensitive) I need to discuss,” the lawyer wrote. “Do you have availability for a short meeting tomorrow?​ I’m coming on my own – not on behalf of a client or company – want to help the Bureau. Thanks.”

In fact, prosecutors say, Sussmann — then a cybersecurity lawyer at powerhouse Democratic law firm Perkins Coie — had deceived Baker and was acting on behalf of the Clinton campaign when the two met the following day. An investigation by US special counsel John Durham into the origin of ‘Russiagate’ – the story that Trump is linked to the Russians. reveals an undisclosed internet company was hired by Hillary Clinton’s campaign team to intercept Trump’s digital traffic on various servers, including the White House

So there you have it.

Russiagate, the collective delusion that Donald Trump was secretly a Russian agent aided and abetted by the Kremlin, the topic of uncountable inches of Washington Post and New York Times copy and the entire prime-time lineup of MSNBC, was a dirty trick by the Hillary Clinton campaign. Not just part of it. All of it. One of the most diabolical, successful misinformation campaigns ever concocted…

…Durham “definitely showed that the Hillary Clinton campaign directly funded and ordered its lawyers at Perkins Coie to orchestrate a criminal enterprise to fabricate a connection between President Trump and Russia,” says Kash Patel, the former chief investigator for the House Intelligence Committee.

Of course, Hillary didn’t get what she wanted — the presidency. But her operatives didn’t stop, going on CNN to give “very concerned” interviews about a theory they knew was bull. All to undermine Trump’s presidency. It would take three years for the Mueller report to finally put the lie to rest, and we’re now, five years out, at the point where Durham is detailing the full conspiracy…

.@HillaryClinton takes part in the official procession at #QueensUniversity in #NorthernIreland. As she is inaugurated as the 11th #Chancellor of Queens University #Belfast and first #femalechancellor in the University's history. I September 24, 2021 I 📷: @photomcq #GettyNews pic.twitter.com/F9JqJSBDvz 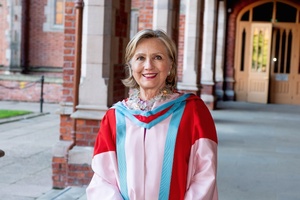 In a statement, Mrs Clinton said it was a “great privilege” to become the chancellor of QUB.

She takes up her role immediately and will serve for a period of five years.

The former First Lady succeeds Dr Tom Moran, who passed away last year, and becomes the first woman to take up the post.

Thanks for being here Secretary @HillaryClinton to together mark 25 years of the incredible @Barretstown . You’ve always been a great friend to Ireland. Looking forward to working on issues of common interest pic.twitter.com/GBYgWmevzv 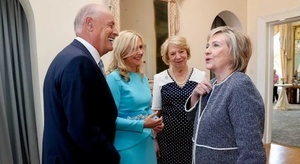 Hillary Clinton will be the guest speaker at a dinner to celebrate the 25th anniversary of Barretstown’s holiday facility for seriously ill children https://t.co/glFXnN2ykb

The former US Senator, Secretary of State, First Lady and Democratic presidential candidate is visiting Barretstown in Ballymore Eustace this afternoon, it has been confirmed. She will be at the camp for a private event.

There are local reports that she is staying at the Killashee House Hotel in Naas, County Kildare for one night as part of her Irish visit. It is understood that she is being accompanied by the usual secret service guards…. 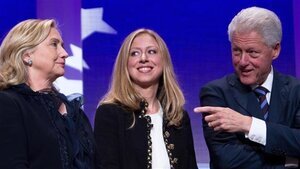 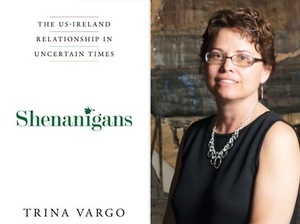 Former US Secretary of State Hillary Clinton delivering a public lecture in the Edmund Burke lecture theatre ahead of an honorary doctorate ceremony. Former President of Ireland Mary Robinson and Mrs Clinton speaking in expressive conversation following the former Us Secretary of State’s lecture in the Edmund Burke theatre. She so cray cray. When BuzzFeed published that now-infamous dossier of unproven claims about Donald Trump and Russia, in January, former Hillary Clinton campaign aides expressed outrage that news outlets that had obtained the dossier before Election Day did not make its contents public in time to influence voters, and Clinton later aired the same grievance in her book about the presidential race.

It turns out that the reaction of the Democratic presidential nominee and her team was disingenuous.