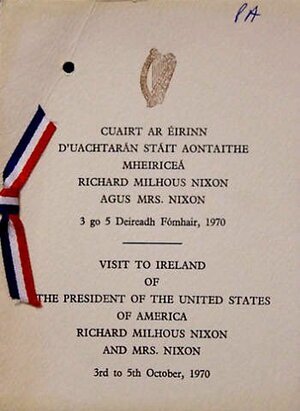 The National Archives of Ireland tweetz:

An official programme of the visit of President Richard Nixon to Ireland this week in 1970. 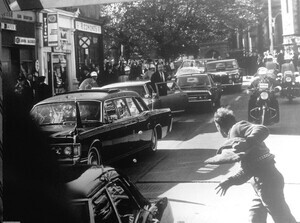 To which, Kate Horgan responds:

…and here’s a protester throwing eggs at Nixon in Dublin…

Name that street, anyone?

“I was down on the quays. My friend and myself split half a dozen eggs between us. I wouldn’t let Martin stay with me because I felt that the guards might recognise me and if they pulled me in, they’d pull him in too.

“I disguised myself, I made like an American tourist. I had dark glasses, a headscarf and a trench coat, none of which I ever wore normally. We had heard that the secret service had thrown themselves about so much that the guards had said ‘Stuff this, let them look after their own president’ type of thing. 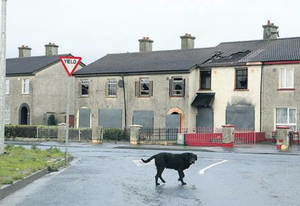 Estate Of The Nation