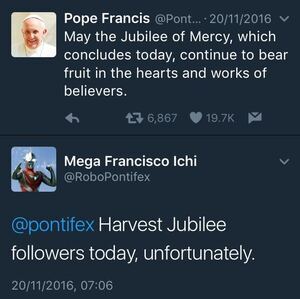 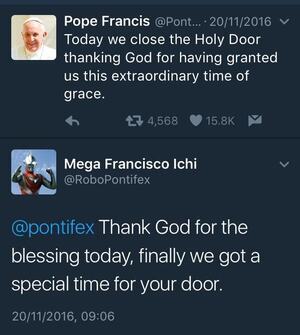 A friend of mine did a thing (which I found out about recently): Pope tweets. Then Robo Pope tweets back the same tweet. But in between its translated from English to Japanese back to English back to Japanese and so on. Fifteen times each way. Sometimes it’s gibberish. But sometimes a little bit funny.

At The Copa (Co!) Copacabana