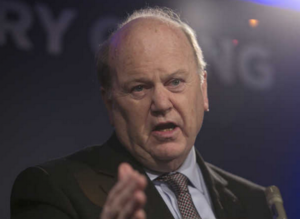 On Tuesday, in the Dáil, United Left Alliance TD Clare Daly raised the case of ‘Grace’ and the foster care home in Waterford in which she suffered extreme physical and sexual abuse for many years.

She remained in the home for 13 years after other children had been removed because of concerns raised.

“In 1996 a decision was made by the social workers on the ground to remove that young woman. That is a fact which is backed up. We know that subsequently the foster father contacted the then Minister for Health, Deputy Noonan, and petitioned to have what he called his “beloved daughter” kept with the family… A documented case conference decision to remove that young woman from the foster home before August was subsequently reversed in October 1996 and the young woman, Grace, remained there up until 2009. People need to know who made that decision and who will pay the price for it.”

“One of the whistleblowers at the centre of this case has made the point that, sadly, it is not the only such case. In his opinion, it represents dozens of others in the same region over a 20 to 30-year time span. It is fair to say there is a systemic problem in the HSE. It is very much the old attitude that when the church or State is threatened, the response is to say nothing, admit nothing, call in the lawyers and see what happens.”

Further to this, Finance Minister Michael Noonan spoke to Richard Crowley on RTÉ’s News At One and Mr Crowley raised the matter of the letter…

Richard Crowley: “As you know, Clare Daly raised an issue in the Dáil this week. This was in relation to the abuse allegations in the South East area and she mentioned that a letter had been written by the foster father in the controversy, directly to you as Minister for Health, this was in 1996, by the foster father. Can you, I know it’s 20 years ago and you received lots of letters, thousands of letters at that time no doubt, have you had a chance to check you files or do you have any recollection of that case? At that particular time? Or at any time you while you were minister for health?”

Michael Noonan: “No, I’ve no clear memory of it but I did check the position of Department of Health and seemingly two letters arrived, one to me, and one to the junior minister for health, Austin Currie. And the letter, to me, I contacted, I got my officials to contact the South Eastern Health Board and my understanding of it was the person would be removed from foster care. But subsequently, information came through that there was some kind of appeal and that that didn’t happen and then, after that, because it was a question of the possible abuse of a child, the data was given to the minister of state who had responsibility for children. And I’m not sure what happened after that.”

Crowley: “So you had no further contact with the issue or the people involved?”

Noonan: “I’d no further contact after that and I didn’t have the power to direct and I didn’t direct. But the initial information I got was that yes, there was an issue and the child was removed. And, subsequently then, I forget the exact details but it was some kind of  appeal process and the decision of whoever took it down in the South East wasn’t implemented at that point and then it went on to Minister Austin Currie.”

Crowley: “Minister Noonan, thank you very much for coming in…”

29 thoughts on “‘I’m Not Sure What Happened After That’”