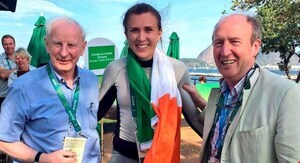 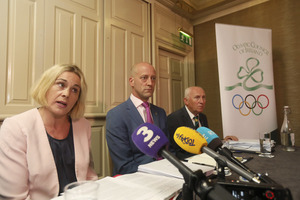 The Olympic Council of Ireland gives a media briefing on the Judge Moran Report into the 2016 Rio Olympic Games.

The IOC, along with their ticket seller Pro 10 and former president Pat Hickey, declined to take part in the inquiry.

Pro10 was appointed after another reseller, THG, was rejected by the Rio organising committee.

However, in May 2015, the Rio Organising Committee for the Olympic Games rejected the application of THG for this position.

The Moran Report stated that Pro10 seemed to be little more than a cover for THG – and that Pro 10 was not fit for purpose.

“It might appear that the appointment of Pro10 was to disguise the continuing involvement of Marcus Evans and THG in the sale of tickets in Ireland for the Rio Olympics,” it said.

“The invocation of the “right against self-incrimination” by the International Olympic Committee (IOC), THG, Pro10, and Mr Hickey created a major obstacle.“

The Dubliner, who is facing trial in Brazil on charges of ticket touting, has said a judge-led inquiry here found no evidence of criminal activity, adding that his good name has been “cleared”.

8 thoughts on “Let The Games Begin”