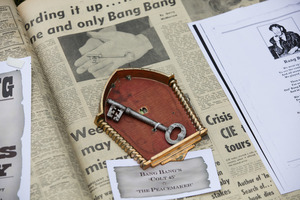 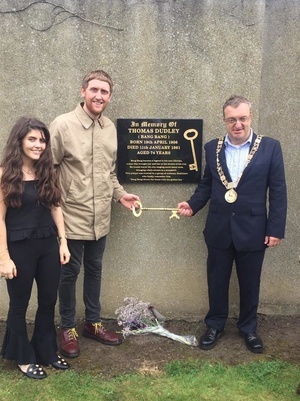 Above from left: Grace and Daniel Lambert with Lord Mayor of Dublin, Micheal MacDonncha  yesterday

Lord Mayor of Dublin, Micheal MacDonncha unveiled a plaque in honour of Bang Bang (Thomas Dudley) at the site of his grave in St. Josephs Graveyard.

Bang Bang referred to the key as his Colt 45 and would roam the city ‘shooting’ bystanders. Many acted as if they had been slain.

The idea for the memorial came from brother and sister Grace and Daniel Lambert, who run the Bang Bang Café in Phisborough,

Previously: With A Bang Bang Not A Whimper 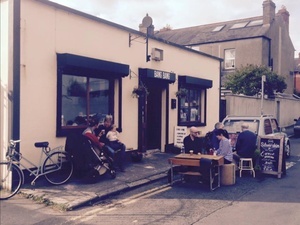 With A Bang Bang Not A Whimper