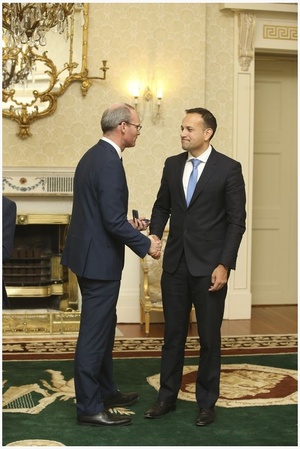 The late Australian Prime Minister Gough Whitlam was on a trip to China to meet  Mao Tse-tung. His officials warned Whitlam that Chairman Mao disliked small talk intensely and advised that he come up with a couple of substantive questions if he wanted to keep the conversation going.

Whitlam decided, given that the visit was coming around the tenth anniversary of the assassination of President John F Kennedy, that he would ask Mao to speculate on what might have happened to the world order if Nikita Kruschev had been shot that day instead of Kennedy.

He sat down with Mao and, after the usual formal introductions, he proceeding to ask his question. The Chairman seemed pensive and intrigued. Then, after a few moments thought, he replied, ‘I don’t think Mr Onassis would have married Mrs Kruschev’.

These what ifs and hypotheticals of modern history are interesting – and occasionally useful – exercises. They give pundits and commentators an opportunity to  do what they like most, speculate on what might have been, but they can also be handy ways of exploring the event in question and understanding its wider effects.

We don’t just have to go back to the 1960s for what ifs. There is a more recent one closer to us: what would have happened if Gordon Brown had become Labor leader after the death of John Smith MP, instead of Tony Blair.

We do not even have to speculate too hard on this particular alternative history as it seems that we are watching it being played out in front of us today in Fine Gael. For Gordon Brown, read Leo Varadkar, for Tony Blair, read Simon Coveney.

While you may need to squint a bit to see the comparisons from certain angles, from others it is quite clear.

Two politicians, long pitted against each other with their own inner circle of loyalists. Both having very different leadership and presentational styles. Each holding quite contrasting views as to the direction in which to take their party and both men seeing the other as the obstacle to the other’s ambitions.

And if that wasn’t enough, Coveney and Blair even share a nickname: Bambi.

But while Tony Bambi made it to the top, Simon Bambi didn’t. Leo Brown took the top job, instead, giving us a potential insight into what a Brown premiership might have looked like back in 1997.

Just as with Brown and Blair, the differences between Coveney and Varadkar are as much tribal as they are ideological.

There are clear ideological differences, many of which were well rehearsed in the media and at the regional hustings during the leadership election.

On the other side, Varadkar blithely dismissed Coveney as a lightweight and his platform as a catch all rehash of the social justice reforms outlined by Declan Costello decades before in his ‘Just Society’ document.

As the hustings demonstrated and their loyal surrogates repeatedly reminded us, the two men think and behave differently when it comes to practical politics.

More than any previous set of rivals for the Fine Gael leadership, they represent the two competing tribes within Fine Gael: the old style Cosgrave-ite christian democrats versus the Fitzgerald-ista social democrats.

Like Brown, Varadkar’s political outlook, temperament and vision is in the more traditionalist mould. In Brown’s case, this found its expression in cherishing the links to the union movement and espousing old fashioned left values.

For Varadkar, it is his core belief in power of the market and making Fine Gael the party for ‘people who get up early in the morning’.

On the other side Coveney, like Blair, is less doctrinaire, less tetchy and a lot more touchy-feely. He is into reaching out beyond the traditional base, at the risk of becoming all things to all people.

The problem for Coveney is though the overwhelming bulk of ordinary Fine Gael members backed his vision for the party, the elected ones with the much weightier votes, did not. They went with Varadkar.

But, just because the other guy gets the job now, doesn’t mean you cannot still aspire to it.

Coveney has not given up his ambition to lead Fine Gael, a goal that will be soothed by today’s Examiner/ICMSA B&A political poll of farmers that finds that rural Ireland would still prefer Coveney as Fine Gael leader by a margin of 51% to 38%.

Whether he will have another opportunity to go for the leadership depends on how Varadkar performs over the coming months. Coveney knows that succeeding Varadkar in the distant future is not an option.

His own personal political future rests on Varadkar’s ideological gamble of taking Fine Gael to the right – at a time when voters are looking to government alone to tackle the big problems in housing and health – failing.

Or, put another way: Coveney is betting that Brown would not have brought the British Labour party the three in a row string of electoral victories that Blair did. History suggests he is probably correct.

6 thoughts on “Brown, Blair And Another Right Pair”