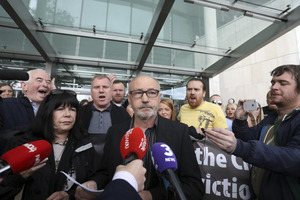 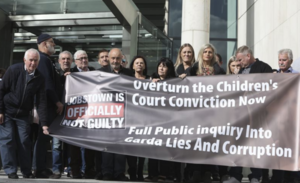 Outside the Dublin Circuit Criminal Court this afternoon

Charges have been formally dropped against the remaining Jobstown protesters, with the exception of one person who remains charged with criminal damage.

A number of people were due to go on trial this week but had been informed recently the Director of Public Prosecutions would not be going ahead with the prosecution.

At the Dublin Circuit Criminal Court this afternoon, lawyers for the DPP told the court they were entering a “nolle prosequi”, bringing an end to the prosecution against the remaining defendants.

One person remains charged with criminal damage and will appear in court in six weeks.

19 thoughts on “A Nolle Prosequi”