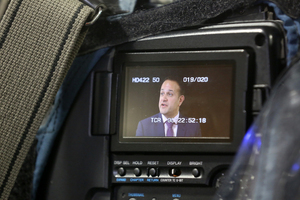 Taoiseach Leo Varadkar says there is “a level of paranoid” about his new €5m strategic communications unit, as he defends it #iestaff #dail

Taoiseach Leo Varadkar dismisses criticism of  his spin unit (costing five million plus) during leader’s questions in the Dáil.