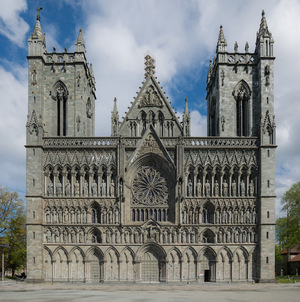 The façade of Nidaros Cathedral in Trondheim, Norway brought to life in a continuous motion feature conjoured from a single photograph by animator Ismael Sans-Pena, who sez of it:

The idea behind the film was to find the innate movement inherit in still forms. Every sculpture has movement in it, and it is the task of the animator to discover it. It was through the process of editing my imagery that I discovered that a single image would suffice to create the animation. The film was made by zooming into the image and panning row by row while making sure that different architectural motives aligned in every increment. This also gave a structure to the film.

2 thoughts on “Persistence Of Vision”