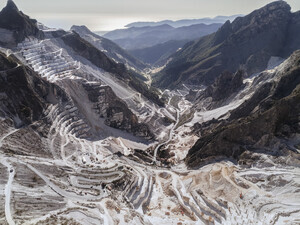 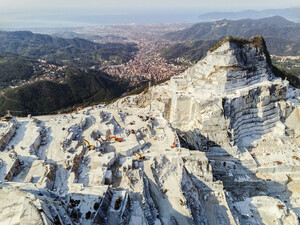 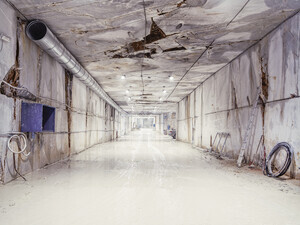 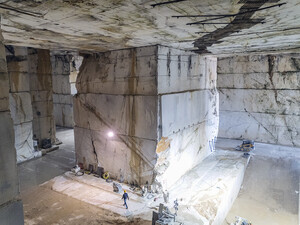 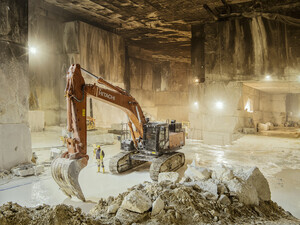 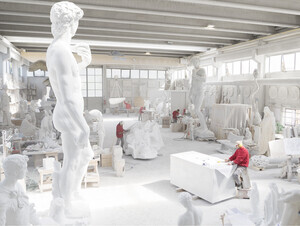 The Apuan Alps in Northern Italy – home to a ‘surreal abundance’ of pristine white marble.

Every year at the Canalgrande quarry, 65,000 tonnes of it are extracted, worth around 10 million euro. To wit:

Sit on a beach in one of the nearby towns (Forte dei Marmi, Viareggio), and you appear to be looking up at snow-covered peaks. But it is snow that does not melt, that is not seasonal. Michelangelo sculpted most of his statues from this stone, and he was so obsessed with the region that he used to fantasize about carving an entire white mountain right where it stood.

By The Light Of The Moon