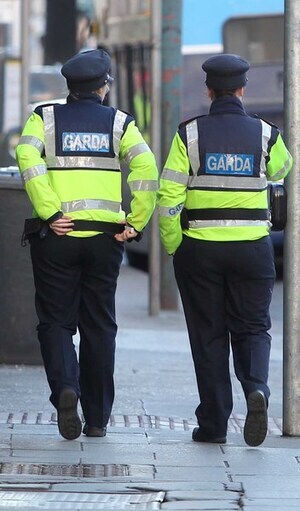 Further to news no more Garda overtime was to be incurred this year, except in relation to the Hutch and Kinahan feud and patrols at Dublin Port…

Fianna Fáil leader Micheál Martin said he was “very concerned” at Mr Leahy’s instruction and “the only people who could possibly be pleased with this are criminals”.

In response, the Taoiseach said he shares the concerns about any ban on overtime in December.

However, he said, it was agreed by Cabinet yesterday that there will be a supplementary estimate for the Garda of €50m to cover pay, including €42m for overtime.

Mr Varadkar said that because overtime is paid for a month in arrears, this meant that December’s overtime would be covered in the 2018 budget.

9 thoughts on “This Was A Stick Up”