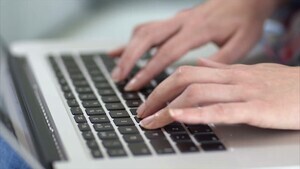 2017 was a funny year for me on Broadsheet; I started it off in a bitta’ve mood and ended it deciding to return weekly; in as much as I can.

But I wonder if it was like that for all of us really; those of us above the grey line and those of us below. (I count myself as a tenant of both those locations in case ye’re confused.) Trolling went from its more commonly understood, blaggarding, messing and organised messaging to actually become vengeful, spiteful and shifty. Truth be told, and whether ye like it or not, I’m none the worse for it. Well OK, maybe I’ve every intention of going a bit boulder because of it.

The Broadsheet Bake Sheet came and proved so well it was as if wild yeast logged in and created its own avatar. And I promise so much more for 2018, so ye bin’ warned.

It was also the start of Broadsheet-on-the-Telly, the Shurt Index, the Shift, and the killing fields of the Broadsheet Chat-Pit. Memes came and went and is somewhere in-waiting again I have no doubt.

But for me the Broadsheet Year Ending 2017 was all about the Brave-Hearts.

In 2017 we lost one of our own, and in contradiction to the work she loved and the professional standards she fought and defended shamelessly for, her death was more observed here for the walkouts and fallouts than the circumstances and facts around her tragic demise, and largely by those who never even met Dara Quigley.

Secrecy in institutional powers continues to be one of the biggest crimes in this State, and I have no intention of turning a blind eye to this one or any of the others. But one thing I know absolutely and for sure now, because qualified and knowing people I trust told me so, Dara Quigley would have put that link up herself and would have had murder if Broadsheet refused.

On Broadsheet, and everywhere else on the Internet, Social Media, and in the Mainstream – it’s bloody easy to join up in the outrage, it’s not so easy to swim against it.

But my friend and chat-pit comrade Janet didn’t think twice about baring all and diving in herself. Before putting herself on a train to Dundalk with an armful of homemade posters, she came here to us first, to the Broadsheet commentariat.

She trusted us with the most private and intimate parts of her life. Janet didn’t consider anyone of us anonymous cowards or trolls, nor did she once fear backlash or negative responses from any one of us; whether we are known above the line or below.

She knew what she was doing when she sought out our help in her hunt for Will. The most remarkable thing about her reaching out to Broadsheet is that Janet knew full well what the response might be, and yet still didn’t look back when she boarded that train in Connolly Station. She was fearless – because she didn’t know what the outcome would be or who would know all about it.

I can say this because I know Janet, and she knows me. I’ll admit I was cross with her for going up to D‘dalk on her own for what on the face of it all could have been a drag hunt over the Cooley.

Yet I’m so proud of her; she didn’t fear backlash from a Border community nor did she fear bad news. But just as importantly, for me as a Broadsheet inbred, she didn’t fear any one of you reading her story or hearing what you had to say.

And neither did Broken-Hearted when he came here too. He didn’t know what to expect or what he could cope with hearing, but yet he still put it all in front of us. He didn’t fear trolls or anonymous cowards either.

There is a very important point in his follow up post  that I think we all need reminding of “but what is the best way of getting impartial advice than getting a bunch of commentators on the net to do it!” That is what I love and trust about the internet the most. The truth will always, albeit eventually, surface somewhere.

Oh yeah, I happen to know Broken-Hearted too btw. And I can tell ye he’s fully recovered; but still wants to settle down, get married, get a mortgage, get a family, whatever yer having yerself.

So like Janet, Broken-Hearted was all about the Happy Ever After too; whatever it took.

15 thoughts on “The Year Of Living Bravely”