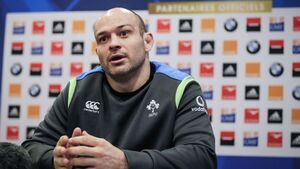 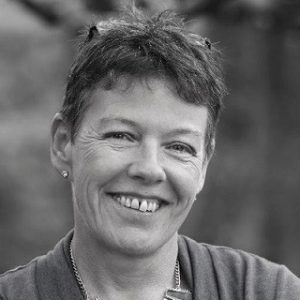 Getting my hair cut last week, I was asked, when I said I loved running in the dark, was I not afraid something might happen to me.

I said no – my age deems me invisible and experience had already taught me that the likelihood of being sexual harassed or assaulted was far higher, by someone I knew. But of course, there are exceptions. I know this too.

When #NotMyCaptain started trending, I read the comments about Rory Best, OBE, captain of the Irish Union International Rugby team, attending the courtroom the day the alleged victim was giving her evidence.

Two thoughts immediately sprung to mind; the first, that his presence that particular day was, without question in my opinion, an orchestrated strategy and second, I remembered Brian Murphy—the young man beaten until he died, a mere thirty seconds later, outside Club Anabel, 30 August 2000, by four former Blackrock College students, a place well known for its tradition of producing excellent rugby players.

At the time, newspapers spoke of these young men in glowing terms, men with bright futures ahead of them. Even the judge, in his sentencing statement said he did not want to cause any reputational damage to them by being too harsh for a night that was obviously just a bit of drunken madness—a statement dangerously close to assertions made about men who physically harm or rape women.

[Language such as ‘bright future’ attached to privileged young men, subliminally excludes women, any person of colour or with a disability—with the class division widened with the use of terms such as ‘animals’ and ‘thugs’.]

In those days, I listened to the radio when I was driving. I remember being so angry and sad, in equal measure. I remember thinking there is no justice in this world, why bother reporting anything, when men and the privileged will be ‘looked after’ every time.

I also know, there is much invested in maintaining their reputation.

I went to a private school. A school closely linked to two well known ‘rugby’ schools. I would often hear the girls talking about what they were going to wear to a match the following weekend — and any girl who had an older sister who was able to pass on information as to where the players would be celebrating or commiserating after the match was given extra attention (eat your heart out Madame Bovary).

The school scarf of a rugby player was a prized possession, one that brought the wearer extra attention and favour. If a girl was lucky enough to be given one by her boyfriend, she was lauded – elevated to a place others strove to reach. It meant she had been chosen.

If the girl went out with him long enough to bring him home to meet her parents, she was elevated higher – rewarded by bringing her shopping for extra clothes, maybe even a sneaky manicure. Her father, boasting at work about who his daughter was dating tended to be received more warmly in the business world.

Social circles increase, favours are done for the parents of – for the players – for the teachers – for the coaches – for their supporters, business introductions, tips on how to avoid paying too much tax – a world where many blind eyes are turned.

The more caps a player achieves, the more likely it is that he will walk into a management position, irrespective of his qualifications or intellectual prowess.

But, not only that, when they are being ‘tested’ for promotion in most corporations – being married is a BIG plus to put you ahead of your competitors for the position of partner, ceo or cfo – everyone knows this, and works it. Men may have their affairs and flings without impacting the trajectory of their career – if a woman does, its game over.

Even in the rugby and business world – her virtue is demanded – by the very men who entertain themselves at parties, by dabbling in a picnic basket of drugs and hiring sex workers to join them – men who are advocates and beneficiaries of the social division of women’s character between deviant and devout.

It is a cultural industry that most within it benefit from. And like every cultural setting, there are good people, bad people, assholes and perpetrators.

And if something happens?

We believe the law is above all of this. We believe truth will conquer all inside a court room. We fail to remember, every time, that many of the judges hail from this culture.

Except women—(well, most) women know otherwise.

Women have been indoctrinated in the anatomy of kindness – of turning the other cheek – of self-checking, self-blame, of breastfeeding all around her, of understanding that scandal and shame gets you ostracised and if that happens you won’t be able to access a piece of the pie.

And in the meantime…

Men encounter few meaningful consequences for their actions against women in this world, particularly those centred in the world of privilege – so it was the reaction to Rory Best’s conduct that actually took me by surprise.

When counsel for the accused asked the alleged victim what she knew about rugby and its players and their social standing, I knew absolutely nothing had changed.

We Can’t Quit You