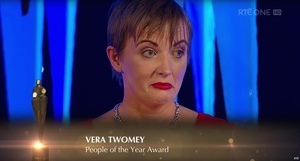 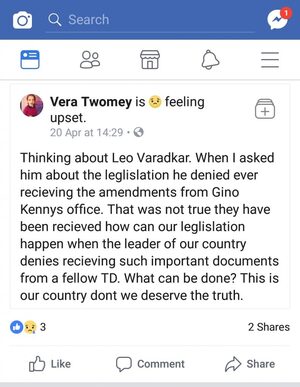 Vera Twomey received a People of the Year award last week for her successful campaign to obtain medicinal cannabis for her daughter Ava, a sufferer of Dravet Syndrome.

Ms Twomey has claimed she confronted Mr Varadkar before the awards ceremony about the passage of legislation to make it easier to access cannabis oil.

Describing him as “rude”, Ms Twomey said the Taoiseach told her he could not support the bill as he had not received promised amendments from its sponsor, Solidarity–People Before Profit TD Gino Kenny.

Is he a liar or not? This cuts to the very heart of our democracy and people like him get away with it when good people say nothing.

Is Leo a liar? If he is he needs to go. This isn’t funny anymore. It’s time for some radical action.

Previously: And It Stoned Me