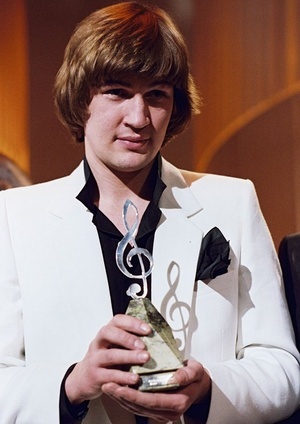 Johnny Logan after his Eurovision win in the Hague, 1980

Former Ireland and Leinster No 8 Jamie Heaslip  will join Ryan Tubridy on Friday night to chat about his Grand Slam and Heineken Cup winning career.

As Prince Harry and Meghan Markle prepare to walk down the aisle for a wedding watched all around the world, long time chronicler of the British royal family Andrew Morton will be in studio.

Plus new music from Ash.

10 thoughts on “Staying In Tomorrow?”