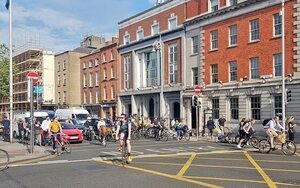 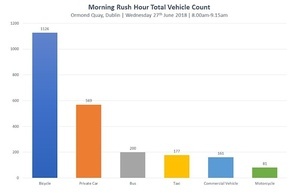 A traffic survey carried out by the Dublin Cycling Campaign on Ormonde Quay, Dublin 1  (top) last week has revealed how popular cycling has become for people commuting into the city centre, despite the lack of dedicated cycling infrastructure.

Last week, a man’s leg was crushed beneath a bus as he cycled across Butt Bridge towards Custom House Quay while another man was seriously injured on Monday when he was knocked down while cycling along Usher’s Quay.

On Wednesday last, between 8-9.15am. a study was carried out by the Dublin Cycling Campaign where vehicles travelling along Ormond Quay towards the city centre were counted.

The results show that bicycles account for almost half of all vehicles travelling along the quay during rush hour, with 1,126 bikes recorded out of a total vehicle count of 2,314, giving bicycles a 49% share of all vehicles.

One of the standout statistics from the survey was that bicycles outnumbered private cars by a ratio of almost 2:1.

A previous traffic study at this location, carried out by Dublin City Council in May 2017, recorded bicycles as having a 25% share of vehicular traffic.

While Dublin Cycling Campaign’s rush hour figure of 49% is not directly comparable, it does highlight how the City Council and the NTA may be underestimating the need and the demand for dedicated cycling infrastructure on the Liffey Quays.

It is important to note that the section of the Quays where the study was carried out, Ormond Quay, has no dedicated cycling infrastructure. There is a bus lane on Ormond Quay, which is also technically a cycle lane, but there is no physical segregation between people on bikes and motor vehicles.

…itreinforces Dublin Cycling Campaign’s demand for urgent action to be taken to progress the construction of the Liffey Cycle Route.

This segregated cycle route, which was first proposed in 2011, has withered in the hands of Dublin City Council and the National Transport Authority for long enough and we are now calling for real leadership to realise the scheme.

In order to increase pressure on the decision-makers, Dublin Cycling Campaign has decided to hold monthly demonstrations along the Liffey Quays until the Liffey Cycle Route is built.

The first of these protests will take place on Sunday 8th of July, with demonstrators meeting at Grand Canal Square for an 11am start, before cycling en masse along the Liffey Quays.

These mass cycling protests will continue until progress has been made, and will increase in their frequency and their intensity if there is no obvious progress. 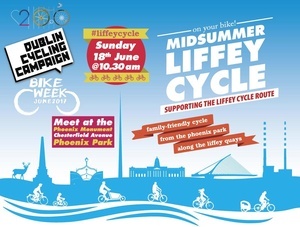 Your Weekend On Two Wheels 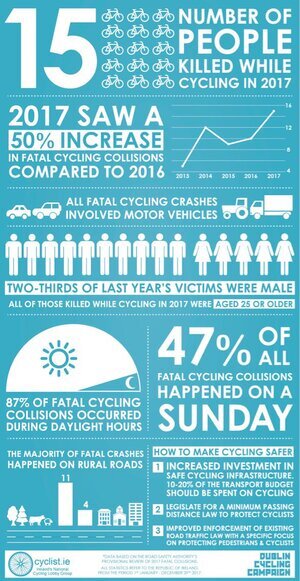 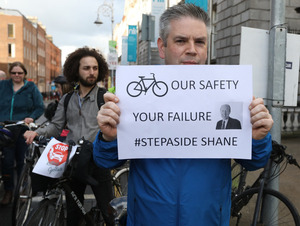 A Day Of Rest

44 thoughts on “Free The Quays”