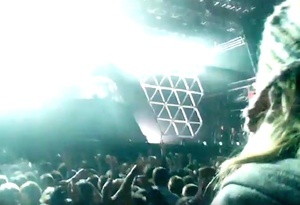 Last week, with a twenty five euro Golden Disc voucher on offer we asked you to name your most euphoric festival moment.

One ‘reveller’ stood above the mosh pit.

“My most euphoric festival moment was watching Daft Punk performing Alive at Oxygen 2007 because it was a complete eye-opener which genuinely changed me. Up until then I was completely quite conservative and against the whole festival thang.

That weekend however, I ‘flipped the lid’ and ‘went large’ BIG TIME! I got completely (over) engrossed by the whole experience, everything that could happen to someone at a festival, happened to me that weekend. It basically taught me…not to care!!!

Stuff robbed, tent burned, car tires burst/windows smashed, lost friends, found friends, lost everyone. No wallet, no memory, no cop-on. I crowd dived, I did drugs, I had sex and I danced. It was simply fantastic.” 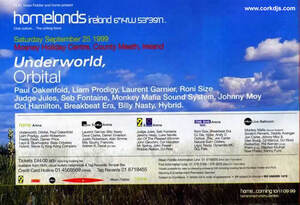 “My most euphoric festival moment was watching Underworld performing at the first Homelands gig in Mosney 1999, because it was the first ever proper dance music festival in the country, and Irish people just weren’t at all prepared for it.

There were lads wearing shoes and shirts, birds in dresses and miniskirts and basically three quarters of the crowd were dolled up like they were going to an 8 hour long nightclub.

At one stage, late in the evening, I overheard some youngwan lamenting the fact she was going to have to dump her 6-inch high heels cos they were getting stuck in the muck, were too manky to clean properly and were pretty much useless.

The train journey home was surreal, it looked like the waiting room in Beetlejuice.” 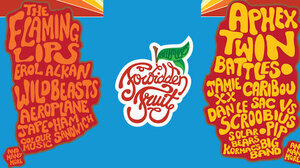 “My most euphoric festival moment was watching Flaming Lips performing at Forbidden Fruit (the first time – 2011) because we’d shimmied our way to the front and as I turned around to see the crowd behind, the huge multi coloured balloons that Wayne Coyne was throwing from the stag were starting to pop – they were filled with glitter confetti, and the sun was setting in the west behind them (the way the stage faced at that time).

I never listened to the Flaming Lip before that moment. Magic. When I turned back the stage was full of dancing Alice in Wonderland and Wizard of Oz characters. Think they opened with Race for the Prize, but can’t remember that bit. Also he done this….Total showman! Blew me away!” 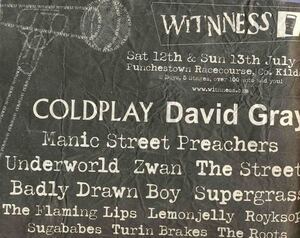 “My most euphoric festival moment was Richie Hawtin performing at Witnness in 2013 because I’d just been arrested for smoking hash but they never found the two yokes buried with the lint deep in my pocket. Mug shot taken, Lecture given,Double drop and straight to the dance tent NOT GIVING A F**K!!” 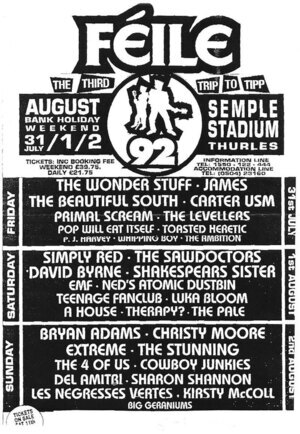 “Has to be Primal Scream at Feile who came back on in Semple Stadium after the last act finished when most people had left and did what seemed like a 2 hour set with Andy Weatherall.

Really caught a lot of people on the hop as this whole “DJ” thing was still relatively new, was the most chilled out yet engaged and uplifting gig i have ever witnessed, and I’ve seen Ray Charles playing to a crowd in Wexford who had no idea who he was and were instantly converted, but that’s another story entirely.

I mention Primal Scream’s unscheduled gig in Thurles as it only just eclipsed the first time i seen them in the National Stadium, that was a strange experience, the crowd was a mix of ravers, punks, bikers, students, old hippies, mods and all points in between. It was strange  watching them all in their own little groups melt into each other as Screamadelica melted the barriers between them. Come together indeed :o”

Last weeK: We Coudn’t Get Much Higher

A Song For Euro

6 thoughts on “‘It Genuinely Changed Me””