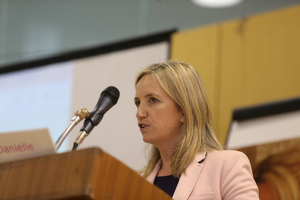 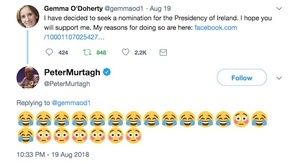 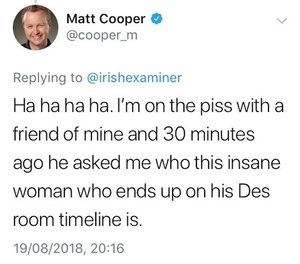 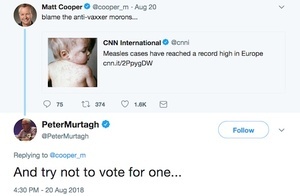 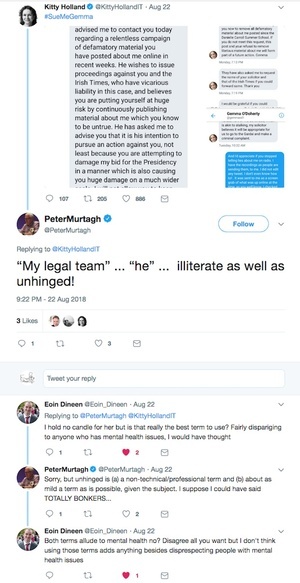 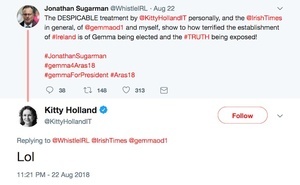 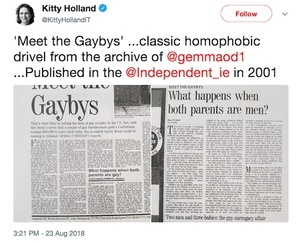 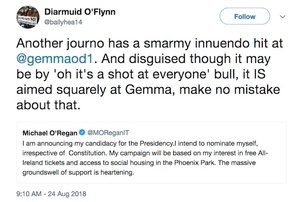 A selection of tweets from journalists this week following Gemma O’Doherty’s declared intention on Sunday night to seek a nomination to run for President of Ireland.

The Aras tilt follows a speech given last month at the Danielle Carroll Summer School, where, with a particular focus on the media, Ms O’Doherty attacked corruption in Irish life.

Aras elections are filthy. Prospective candidates must be scrutinised and equally. Whether we personally like or loathe them, each is entitled to be treated in a way that doesn’t demean or dehumanise. #Aras18 @GavinDuffy @gemmaod1 #KevinSharkey #JoanFreeman @PresidentIRL

Yesterday: About To Blow

Previously: They Are Laughing At You