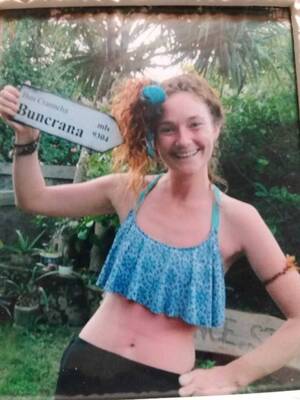 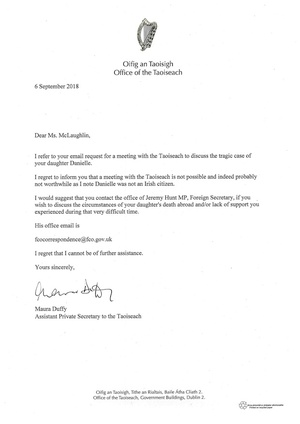 From top: Danielle McLaughlin, who was murdered in Goa, India in March, 2017; a letter this week from the Taoiseach’s office to Danielle’s mother, Andrea Brannigan

I though you might like to post the reply received from the office of an Taoiseach today to the mother of Indian murder victim Danielle McLaughlin.

It states in the most callous way that she wasn’t an Irish citizen and shouldn’t bother contacting the Irish government and goes on to provide contact details of the British Foreign sec.

She was born in Scotland and moved back to Donegal with her Irish mother as a young child, thus qualifying for both citizenships.

The Department of an Taoiseach doesn’t seem to know this, or indeed care about it at all….

28 thoughts on “‘I Note Danielle Was Not An Irish Citizen’”