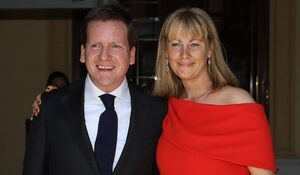 In June, Emma sued both the HSE and the US laboratory which studied her smear tests, Quest Diagnostics, and agreed a settlement of €7.5 million.

Quest Diagnostics misread her two smear slides in 2010 and 2013 and she was diagnosed with cervical cancer in 2016.

Some 221 women have been affected by the CervicalCheck controversy.

Mr O’Carroll has asked why all of the errors haven’t been investigated.

If you wanted to have a confidence in a laboratory, you must know that each error is investigated. And we’ve spoken to cervical screening experts around the world involved in Canada, Finland, New Zealand and the UK.

And they have all said to us here that it is essential that whenever a single critical error occurs that it’s investigated within the laboratory and that involves debriefing the person who made the error and finding out what caused it.

And that has never been done.

But the State, the National Screening Service, has a primary obligation and, under the contract, they have the right to send in HIQA to investigate why those errors happened in those laboratories and they have an obligation to do it under normal standards of public health and public safety.

They haven’t done it.

…If you are going to have an analytical process, a scientific process within a laboratory – that must be investigated by a suitable set of cytologists who go in and that’s what HIQA do.

And I’m left wondering why is the HSE and the NSF so bent on avoiding the laboratory issue?

Why are they so determined to constantly refer to, as the minister again did yesterday, Minister Harris, spoke about Emma’s death in the context of the non-disclosure?

And didn’t acknowledge that non-disclosure did not kill that woman, failures in a laboratory in 2010 and 2013 did.

And it is inexcusable that today, following her death, there is still not a clear and determined statement from the State saying we will investigate why those slides and so many hundreds of others were critically misread in those laboratories.

In the US and in Ireland, it just so happens that Emma’s two errors were in the same laboratory Quest Diagnostics in New Jersey.

‘This Is About A Failure To Stand By Maurice McCabe’

Not Waving But Downing

9 thoughts on “‘Why Is The HSE So Bent On Avoiding The Laboratory Issue?’”