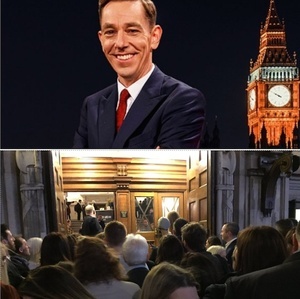 ‘Ultimate responsibility for the very shabby treatment of the thousand or so ticketholders rests with RTÉ and The Late Late Show not the UK company they engaged and clearly did not properly brief.

Its [UK company’s] employees, while demonstrably out of their depth, were unfailingly polite. From observation, that could not be said of some RTÉ staff there on the night.

‘…The sense of entitlement and self-selecting ‘superiority’ so often attributed to RTÉ and its stars by its critics was also demonstrated by Mr Tubridy when – during an ad break – he sought to put an overexcited heckler in his place by telling him he was clearly his social inferior due to the fact that he was in the worst seats in the house, the gallery with most of the audience because he ‘clearly didn’t know the right people’.

Saturday: Balls It Up There, Colette

25 thoughts on “A Shabby Sense Of Entitlement”