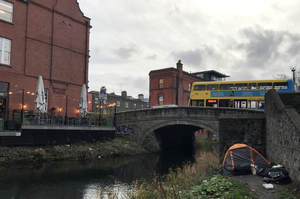 At least two children have become homeless everyday since @campaignforleo took over from @EndaKennyTD.

Despite all the promises from @simoncoveney – Ireland’s rate of child homelessness is the worst in Europe.

The Pride Of Parnell Street

9 thoughts on “Out In The Cold”