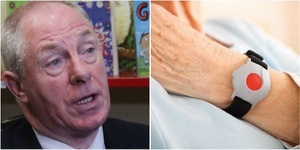 Speaking to the Irish Examiner, Mr [Michael] Ring said the Senior Alert Scheme, which provides security and comfort to elderly people living alone in isolated areas across the country, is one of the areas [of concern around a hard Brexit]  that have been identified by his department.

He said that some of the pendants worn by elderly people, which are used to raise an alarm if they get into difficulty, are sourced in the UK and so the supply of these could be impacted.

“There are one or two issues that we would have concern about; one is in relation to the Senior Alert Scheme, a lot of that equipment comes from Britain,” said Mr Ring.