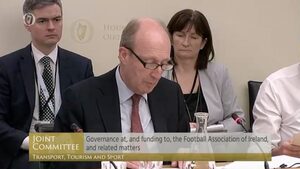 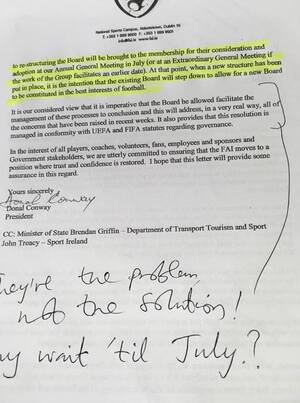 He’s just said the entire FAI board is to step down.

“This move is to be welcomed and it is hopefully the first step on the road to rebuilding trust in this important NGB. Considering the issues over which most of this board has presided and those issues being obvious even before the various investigations have started, it is clearly time for a regime change.”

He also said no new capital payments will be made to the FAI until he is satisfied with the new measures put in place. 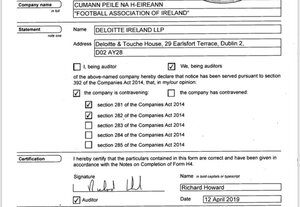 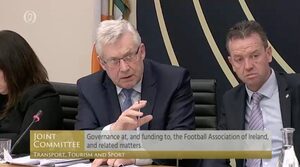 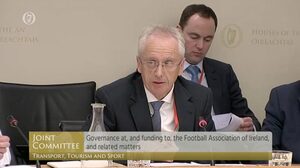 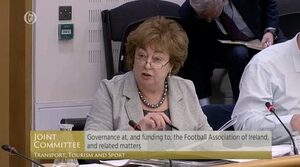 Now @Fergusodowd has said the proper books have not been kept by the FAI.
He informs the committee that “Form H4 has been filed with Companies Registration Office yesterday.

CRO has received a report from Deloitte to say that accounts of FAI are not being properly kept. Deloitte declared that FAI is contravening section 281 and 282 of the Companies Act.

This is not a good day for everyone at the FAI.

Even though the FAI met with Sport Ireland last night they did not tell them about the H4 form filed by Deloitte yesterday that Catherine Murphy says “could end up in the criminal code”. #FAI

John Treacy from Sport Ireland said he understands that John Delaney is still on the FAI payroll while he has voluntarily stepped aside pending an investigation. #FAI

Aidan Horan of the Institute of Public Administration will be independent chairman of the FAI internal governance committee, John Treacy of @sportireland has said. He has also said there will be a full audit “as extensive as we need it to be”

Catherine Murphy offers the opinion that the Jonathan Hall report was “written with one thing in mind. That was to deliver the situation where John Delaney could stay a member of the UEFA Board.”

Mr Treacy tells the committee that no other organisation that receives grant funding from Sport Ireland has had a form H4 filed against them to the CRO.

In response to a question about this from Fine Gael TD Noel Rock, Mr Treacy said:

“Not that we’re aware of. Never heard of it before. So we’re hearing about this for the first time. We heard about it this morning.”

Asked if funding will be restored to the FAI before the year is out, Mr Treacy said: “Well, there’s a lot of work to be done.”

He said there is a mechanism to fund on a monthly basis “but that’s an issue when all the various bits and pieces have been done”.

Come on journos! Questions about Deloitte and FAI banging around on social media forever but nobody held them to account!

The Nation Holds Its Breath

21 thoughts on ““It Is Clearly Time For A Regime Change””