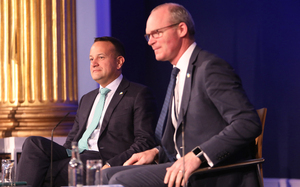 Great to see more people recognising the terrible handling of Brexit negotiations by Leo & his Government. Their inexperience, arrogance & Eurofanaticism could lead to the economic ruin of this country. If that happens, hopefully they take our sycophantic media down with them. https://t.co/ZQdtwYz1o1

I’ve been shocked at two dinners recently when Tories of influence have told me privately “Varadkar isn’t bright” and “the Irish will blink” and it seems, amazingly, that this is the actual policy of HMG under Johnson. They are anti-Irish, arrogant, dangerous and wrong.

I think we (UK) should simply invade Ireland (military wise), peacefully as there wouldn’t be a resistance. Dissolve the Irish gvt partially, job done. Ireland leaves with the rest of the people that have been carrying it for centuries. 👍🏼

RTÉ's Tommie Gorman reports that there was absolutely no meeting of minds on the crucial issue of #Brexit in the phone call between @LeoVaradkar and @BorisJohnson pic.twitter.com/WJ7bl2Dp5F

17 thoughts on “Taking A Pounding”