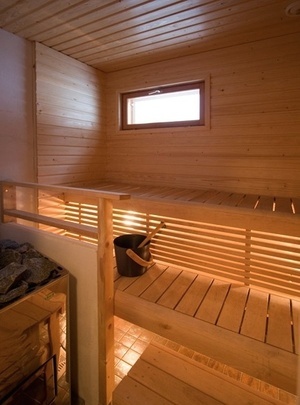 It seems to have done the trick.

Warning: Over 18s only. Includes sexy chat, actual carnality and naughty random cheek ‘cupping’ . Not safe to read aloud among colleagues at work.

Laying on my bed, I’ve the urge to write the most honest piece I can on why in the last two years I’ve probably hit the near enough treble figures with men I have slept with.

Monday just passed, I went for my six monthly STI Check Up (all clear). My head was full with a fog that clustered my brain from the weekend’s shenanigans and I thought, it really has to stop somewhere. The promiscuity has lead down one dark path, some really interesting paths and mostly fun paths.

This is not a boast, I’ve been sitting thinking about this for a while.

That dark path was an attempted sexual assault (if you can call it that) in a sauna I was in nearly a year ago. A man tried to take me from behind and I said no, straight up, no and he attempted again but was met with a very hard punch to the ribs.

I was not upset and it was no where near what others I know suffered but it certainly granted me an inside view on the principals of consent and the need for such education.

Freud eluded to sex being how we can explain the world around us. From his work he formed the Oedipus complex, mostly it was inane but the reasoning underpinning it (i.e. sex explains the world around us) drove me to understand why I was given to promiscuous ways.

A friend recently remarked (quite stupidly as he has blinkers) that this bear should conform to heteronormative values and settle down…I’m open to it but I just wont settle down with any lad and subscribe to a set of values, which are plain drab …wife, kids, car, house…bollocks to that.

Coming just out of a relationship, your confidence is on the ground. Anything will do to make you feel like you are just about alive.

The first encounter after breaking up was with this elderly chap called J. After some chit chat and down to business at 3am, I belted up my jeans and walked the 200m back to my house.

That had been the first time I had cold, meaningless sex in four years and it was a mixture of both relief and confidence. Back up on the saddle, not just the saddle but I had come to think of myself as a stallion. A day later the chap is texting me wanting to be my boyfriend. Had I led him on?

The coming months saw me fill the void of shutting down my emotions with random hook ups from bars, apps, saunas and even cruising.

Cynicism became like a shell and feeling nothing but cold mechanical one on ones began taking its toll. I even tried dating…one fella brought his female best friend and then told her to go away when he realised I wasn’t going to bury him under my patio.

Loneliness crept in at this time too.. That time between Xmas and New Year was a bloody killer. I filled the gap with everything from an unknowingly bi-married guy to a lad I knew liked big guys. All this just to keep that loneliness in abeyance.

The interesting parts mostly came with trips to England and Germany. See being in the same area for so long in Dublin, you do tend to be yesterday’s news sex-wise quite quickly.

In England, I discovered how this cheeky Irishman who did not get a look in twice in Dublin was hit on with a lot of frequency by sex-mad English men and I was happy to oblige.

Standing in a nightclub in Manchester last year, I felt a hand down the back of my shorts cup a bare bum cheek. The directness of the approach was different than at home. Into my ear, he whispered : “you are built like a shit brick house” and he spun me around to meet his stare.

A huge ginger lad from London. I left at 8am the following morning, doing the ‘stride of pride’.

The last thing I learned about sex was its intimacy that accompanied friendships. A mutual trust built up and, by extension, a deeper friendship.

These men know who they are, but they probably formed some of the most beautiful, exciting and fun times I had as I came back into being myself.

Perhaps too much honesty within this piece but, truly, Freud did have half a point…sex reflects who we are as humans…

My Right To Bear Arms

And So To Ted

80 thoughts on “Filling The Void”