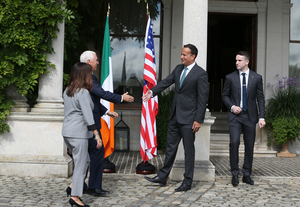 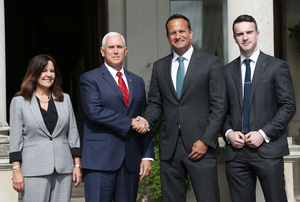 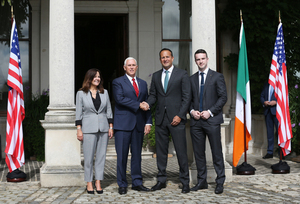 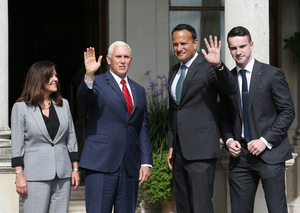 Vice President of the United States of America, Mike Pence and his wife Karen meets Taoiseach Leo Varadkar and his partner Matthew Barrett (right) at Farmleigh House where they will have lunch.

Earlier: And Add The Halfpence To The Pence 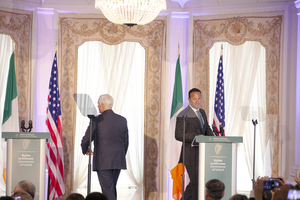 Pence has effectively confirmed the USA is on ‘Team Boris’ in the #Brexit showdown.

He said Ireland and the EU need to “negotiate in good faith” with Johnson and allow the UK protect its sovereignty. Added: a US-UK trade deal will be done. (Not what Varadkar would want today.) pic.twitter.com/VnJYLADz2r