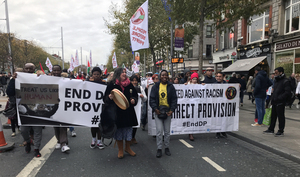 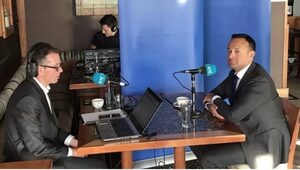 During the interview, Mr Varadkar spoke about Brexit, protecting the Single Market, the Good Friday Agreement, potential border checks between the Republic of Ireland and the North.

Plus why he thinks Fine Gael will do well in the next general election – despite more than 10,000 people homeless, nearly one million people on hospital waiting lists and potential plans to reintroduce a border.

At the end of their discussion, journalist Dr Gavin Jennings raised comments made by Independent TD Noel Grealish at a meeting in Oughterard, Co Galway on Wednesday evening.

A video of Mr Grealish’s comments can be watched below:

“I didn’t hear his comments and I understand there’s no audio recording of his comments but, if that’s what he said, I think he should withdraw those remarks and, at the very least, make a statement on it and clarify them.

“Bear in mind, what we’re talking about here are refugees. They are people who are, in many cases, fleeing war and fleeing persecution and it’s the right thing I think that we, as a country, should take people in.

“We would want someone to take us in if we were in a similar situation.”

Dr Jennings put to Mr Varadkar that the Direct Provision system is now 20 years old [a system which was set up as a temporary measure in 1999 without legislation].

He then asked Mr Varadkar if it’s time to end Direct Provision.

“You know, Direct Provision is something that we offer asylum seekers, it’s not compulsory. You can leave at any time. We now allow asylum seekers to work so actually many do work and leave and provide for their own accommodation. Many also live with fiends and families.

“So Direct Provision is something that we offer people. It’s accommodation, it’s food and board, it’s spending money as well. It’s not that it’s compulsory.” 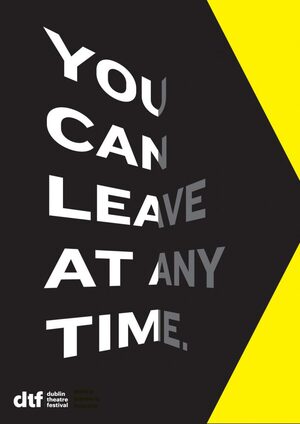 ‘You Can Leave At Any Time’

what @LeoVaradkar just said on @morningireland about #directprovision — also the title of an upcoming installation about life in a Magdalene Laundry @littlemuseumdub https://t.co/qqZffK4eIa

You Can Leave At Any Time (Dublin Theatre Festival)