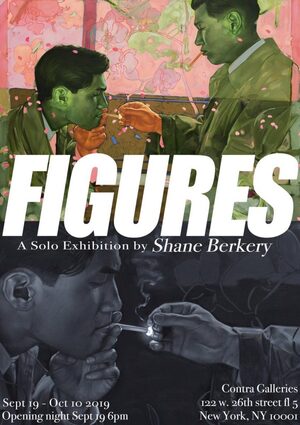 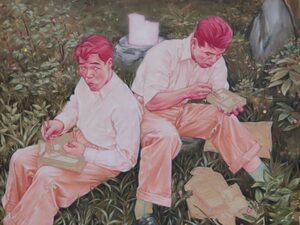 It will open at Contra Galleries on 122 West 26th Street.

Shane, who was born in Tokyo, to an Irish dad and Japanese mum – and lived in the US and Japan until he was 14, when he moved to Ireland – famously created a nude diptych of himself and the then director of the National College of Art and Design (NCAD) Prof Declan McGonagle in 2015.

He said he painted it as a “light-hearted” protest against how the college was being run.

Shane, from Killiney, Co Dublin, ended up removing it from his end-of-year exhibition at the NCAD in June 2015.

A few months before he removed it, students occupied the board room and staff room at the NCAD on Thomas Street in Dublin because of concerns over the commercial direction of the college’s management.

Previously: Penis Is Mightier Than The Sword

What Shane Did Next