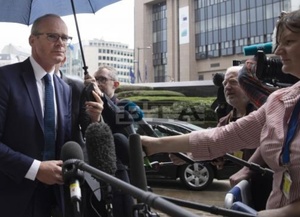 The Tanaiste has said that even if a Brexit deal is agreed, Britain will have to remain part of the EU’s single market and customs union for up to four years to allow time to negotiate a free trade agreement.

Simon Coveney said there had been no “serious proposal” from Britain to break the Brexit deadlock over the Irish backstop and that “significant gaps” remained between the two sides after meeting with Michel Barnier, the EU’s chief Brexit negotiator, in Brussels.

Mr Coveney said that if there was a deal, a transition period of two to four years would be needed to negotiate a free trade agreement between the UK and the EU….

5 thoughts on “Clinging On”