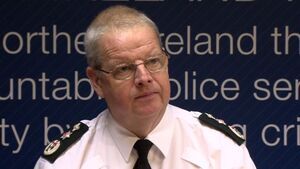 The Chief Constable [of the PSNI] Simon Byrne has told Boris Johnson the PSNI will not police any customs checkpoints on the Northern Ireland border after Brexit.

Mr Byrne had a 30 minute video call with the prime minister last Friday.

He also told Mr Johnson he had “no plans to put police officers on any one of 300 crossings” along the border.