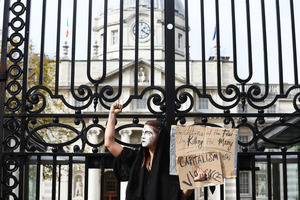 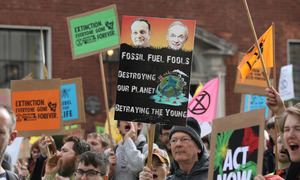 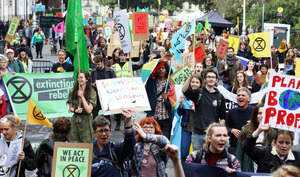 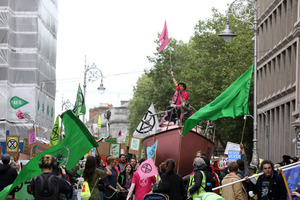 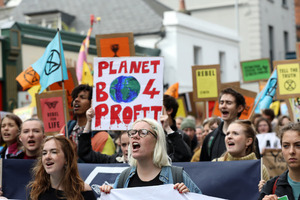 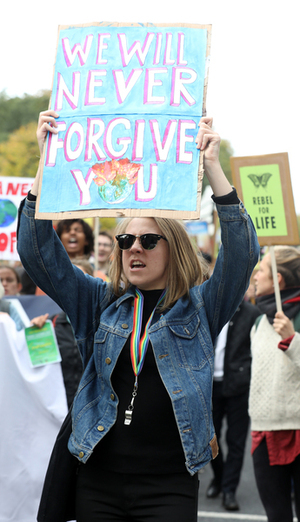 Supporters and activists of Extinction Rebellion commence their week of ‘non-violent direct actions with a Climate Walk led by a large pink sailing boat (top). 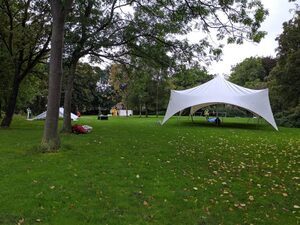 Tents thought to belong to supporters of Extinction Rebellion are being set up.

The group is planning to hold a lunchtime rally outside Leinster House for the beginning of a week-long series of events for Rebellion Week.

Irish action will commence at 1pm this afternoon at the entrance of Dail Eireann.

From here, the activists will walk in procession led by a large pink sailing boat to a nearby, as yet unnamed, location where the mast of the boat will be launched and a flag with the Extinction Rebellion logo raised.

Speeches will then start around 1.30pm and environmental activist and Chelsea Garden Show winning designer Mary Reynolds will then lead a symbolic planting of seeds of native trees.

The group is remaining coy on further actions to take place across the remainder of the week, only stating that they will employ family-friendly non-violent civil disobedience to “bring society to a standstill” and force the Government to respond to the climate emergency.

A special unit of gardai is monitoring social media to try to ascertain where the group’s protests of “civil disobedience” may take place and how many campaigners will be involved.

Security sources say there is no evidence to suggest Extinction Rebellion is being influenced by extremists.

The protesters, who come from various backgrounds, are considered by gardai to be people genuinely concerned about global warming.

….Gardai do not believe they will be able to hold large numbers of protesters if forced to make arrests.

The force is not capable of detaining more than a few hundred people, even if all stations in Dublin and the surrounding suburbs are used to capacity. 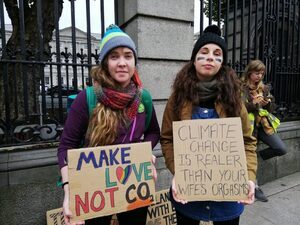 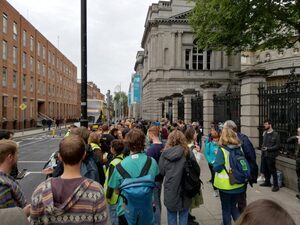 Climate change activists beginning to gather outside the Dail ahead of Extinction Rebellion protests in Dublin this lunchtime.

It doesn’t suit their agenda. pic.twitter.com/yL0rZShJHJ