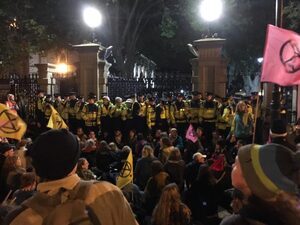 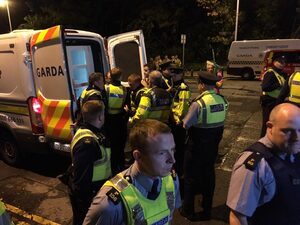 “Last night, five XR [Extinction Rebellion] Ireland activists locked themselves to the gates of the Dail, resulting in their arrests. Twenty TDs were stuck inside until the early hours of the morning.

These activists had three demands:

These people ranged from students to pensioners, and came from all over the country.

They were surrounded by friends, music, and love throughout 💚”

Previously: Penneys For Your Thoughts

Let’s Get Ready To Rumble

91 thoughts on “While You Were Sleeping”