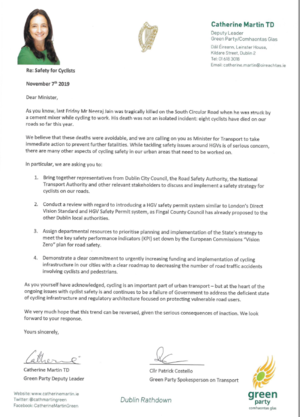 “People who have participated this week or supported from afar: this is your achievement. TDs and councillors are writing to the Minister for Transport demanding action. We are being heard.”

‘This Death Marks A Turning Point’

5 thoughts on “Spoke In Their Wheel”