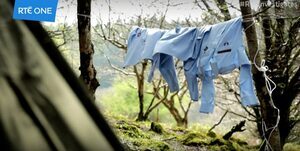 On RTÉ One, at 9.35pm, RTÉ Investigates will broadcast a programme examining the repeated failures of the former Catholic Boy Scouts of Ireland and the Scouting Association of Ireland in relation to sex abuse allegations.

The broadcast of Scouts Dishonour comes as Scouting Ireland, set up in 2003, continues to carry out its own historic review of how sex abuse allegations have been handled, with a report due out next February.

Reporter Oonagh Smyth told Audrey Carville, on RTÉ’s Morning Ireland, that tonight’s documentary includes the case of one man who was first reported in 1987 and again in 1996.

However, the man wasn’t removed from the scouts until last year – when he was arrested.

She also referred to a briefing note prepared for the Minister for Children Katherine Zappone last year by Scouting Ireland’s CEO John Lawlor – that Ms Smyth and her team got under the Freedom of Information Act.

She said this states many records went missing in the 1990s from both the former Catholic Boy Scouts of Ireland and the Scouting Association of Ireland and that there were people in the organisations who were prepared to facilitate the abuse and prevent cases from coming to light.

Ms Smyth said survivors are calling for a more independent inquiry than the review being currently undertaken by Scouting Ireland.

She also said the most recent figures indicate that 247 alleged perpetrators of abuse and 401 alleged cases of sexual abuse within the scouts have been identified.