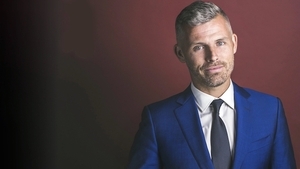 With speculation over the identity of the remaining Dancing with the Stars hopefuls reaching fever-pitch, Ryan will be unveiling more contestants…

One of the most decorated GAA players of the modern game, Dublin star Michael Darragh MacAuley takes us behind the scenes and lifts the lid on Jim Gavin’s shock exit as Dublin manager…

Comedian Des Bishop will discuss his new show Mia Mamma, in which he explores grief and loss and learning to cope with the death of his mother earlier this year….

There will be brilliant live music from Jerry Fish, MayKay and Mike Denver….

On September 6 this year, 16-year-old Mia O’Neill took her life, devastating her family and friends. Her mum Aisling and grandad Willie join Ryan on Friday night to share Mia’s story and tell viewers why her death cannot go unnoticed.

Award-winning impersonator Oliver Callan will also be in studio to give the political and sporting week a kicking….