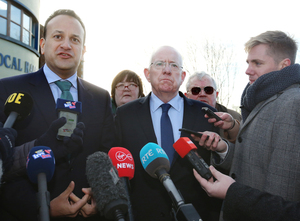 “Leo Varadkar received hundreds of angry emails about the plan to commemorate the RIC, including dozens from lifelong Fine Gael supporters who said they would never vote for the party again.

…Documents released to The Times under freedom of information laws show that more than 200 people contacted Mr Varadkar’s office shortly after the event was announced, calling for it to be cancelled. A further 250 people contacted Charlie Flanagan, the justice minister, to complain.”

“We Maybe Should Reconsider These Commemorations” [Updated]