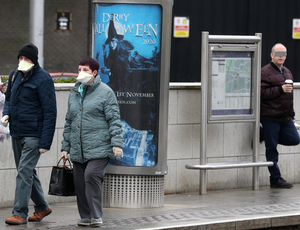 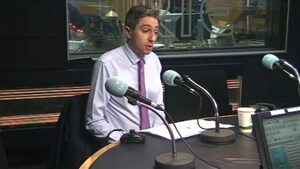 It followed a decision of the National Health Emergency Team last night, that people returning from Spain and Italy will be given leaflets at Irish airports in which they’ll be encouraged to restrict their movements for the next two weeks, specifically to not go to work and to lessen their social contacts.

In regards to people returning from Cheltenham, Mr Harris said they will get information about symptoms.

“We’re more likely to get this virus in our home from bad practice in terms of hand hygiene and the like, so do please follow the health advice. You have a really important role to play.”

Of the closures announced yesterday, he said:

“They’re in place now until the 29th of March, they’ll be reviewed right through the process and reviewed again on the 29th of March. If they need to be extended they will be but we need see. We’ve taken some very, very significant measures that are asking people in our country to alter their behaviour quite significantly for the next fortnight. We’ll only obviously continue those measures if it’s absolutely necessary and if they’re proving to have a benefit.

“So at this stage it’s too early to say [if they closures be extended for a longer period of time].”

“….It is an absolutely reality that this is something that could be with us for many, many months and we have to be conscious when we’re taking those measures as well, that measures we take have to be sustainable. We have to try to keep our country going, not to put our country into lockdown, we need people to go to work today and we need people to bake the bread and supply our supermarkets and we need our healthcare professionals to get to work.

“And we need to look after each other as well. So all of the measures we’re taking have to be seen through that prism.

“This is not a storm that goes away after a couple of days. This is asking people to alter our behaviour and change our lives for quite a period of time ahead.”

“We have a suite of measures but we have to implement them at the right time and I think what we’ve now shown is a willingness to do that, to listen and to act quickly and decisively and we’ll continue to do that.

“Obviously all of the measures that have been put in place could be scaled up, if the need arose so we have banned gatherings indoors of 100 people, outdoors of 500 people, there’s obviously potential to do that,

“…It’s very much a marathon not a sprint. Our country is not in lockdown. This is still, the same great country it was yesterday. We’re just asking everybody to live their lives a little bit differently so that we can try and make a real national collective effort.”

12 thoughts on ““All Measures Could Be Scaled Up””