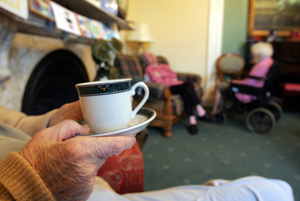 In Europe, an Italian government survey covering deaths in 10 percent of the nation’s care homes, suggested 45 percent of all deaths in that country could be in care homes.

And in Spain, leaked regional government data suggested 57 percent of the country’s death toll from March 8 to April 8 was from care homes.

According to Ireland’s chief medical officer, 54 percent of deaths up to April 11 had occurred in care homes.

Not A Medic writes:

There appear to be specific countries that have encountered the same issue concerning nursing homes. Was there a general policy worldwide that some countries opted out of?

“It May Be A Case Of Semantics In Some Instances”