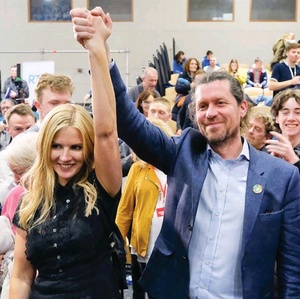 [A former Bray Town Councillor, elected to Wicklow County Council in 2014 before his election as Wicklow TD this year] Steven Matthews insisted that his wife, Councillor Erika Doyle, is “more than qualified” and the “best person for the job”.

….Mr Matthews said she received other job offers in the political arena “and I’m delighted she chose to accept mine”.

One in seven TDs has hired member of their family to work for them (Independent.ie)

You’ll Excuse Us If We Literally Laugh Our Heads off

Whose Water Is it Anyway?

This Time We Really Mean It