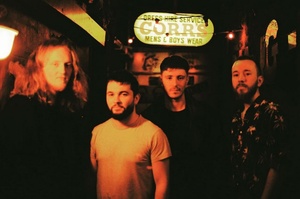 It’s alive and kicking thanks to Dublin desperados Bullet Girl who up the ante with their new single.

“My main vision while directing was to create a hypnotic, almost disorientating, experience to match the ferocious nature of the track. We shot the black and white sequences with (singer) Aaron in some of the most dilapidated areas of Dublin.

“He is purposely brought in and out of focus as I wanted him to almost blend into his surroundings. The song is about Dublin City, and so our aim as a band was to feature it as a character of its own in the video.”