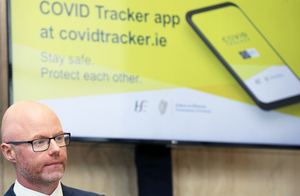 Stephen Donnelly said this [Level 5] is a “pre-emptive strike” and while the hospital services are OK, if we do not move now these services will suffer.

The exit from Level 5 in December could be “region by region” depending on a range of factors, he said.

The Minister for Health said it was incorrect to say that contact tracing had fallen down, adding that in the last six weeks contact tracing teams have made 400% more calls than previously.

He said that for a short period last weekend there was a one-off situation where demand outstripped supply and a one-off operational decision was made to reset the system.

All Stick, No Carrot

13 thoughts on “Track Or Treat”