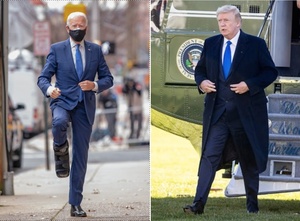 The Justice Department is investigating a potential crime related to funneling money to the White House or related political committee in exchange for a presidential pardon, according to court records unsealed Tuesday in federal court.

US President Donald Trump’s attorney general, William Barr, said yesterday that the justice department so far had “not seen fraud on a scale that could have effected a different outcome in the election”.

what the Attorney General stated. The Department will continue to receive and vigorously pursue all specific and credible allegations of fraud as expeditiously as possible.” @ClareHymes22 @CBSNews