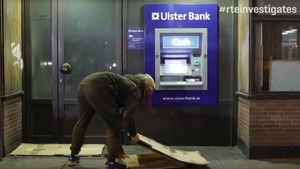 Stuck in the Rough.

An RTÉ Investigates documentary following the stories of several rough sleepers on Dublin’s streets over the past three months. Including Dan Orlovs (above) who…

…has contended with more than most 20-year olds: at the age of 10, able to say little more than his name and age in English, he moved to Ireland with his mother. At 15 years of age he became homeless. Dan and his mother became estranged. For the next four years he slept on friends’ couches, before ending up living on the streets of Dublin in July 2020.

RTÉ Investigates: Stuck in the Rough, at 9.35pm on RTÉ One.